Lancers International School believes that language learning and teaching are social acts, dependent on relationships with the self and others, with context, with the environment, and with the world. The school’s beliefs and values about language are embedded implicitly throughout the learner profile and explicitly through the attribute of “communicator”, as well as in the IB’s approaches to learning. Through an IB education, our learning communities use language to build a better and more peaceful world.

LIS is committed to multilingualism as a means of affirming cultural identity and developing international-mindedness. The term “multilingualism” in the PYP refers to linguistic ability in more than one language, and recognizes that each of a student’s languages may be developed to different levels, and within different contexts, depending on their social and academic experiences.

One of the advantages of sending your child to a multilingual school as Lancers International School is the exposure they get from different cultures and perspectives. This brings the world closer as students from different countries, culture and language backgrounds come together as they share their understandings of the world around them. It bridges the gap between different cultures and removes many barriers between children as they sit in one class to learn together.

Lancers International School enhanced the Language offerings by adding three new languages in the Rich Languages Programme. Spanish, Korean and Japanese languages can now be opted by students in the new session in 2019-2020 in addition to EAL, Hindi, German and French already offered at the school. This inclusion is particularly favourable for speakers of Japanese and Korean languages as they can continue to progress in the learning of their first language. 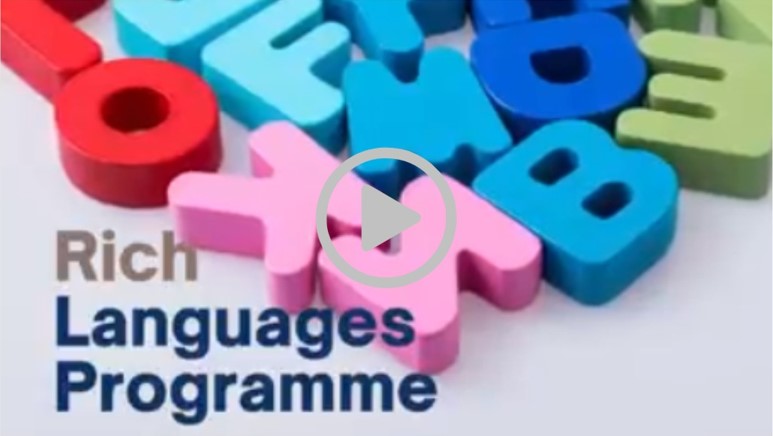 Benefits of the Rich Languages Program:

At Lancers International School, we make a connection with other cultures easier through our rich language approach.

The inclusion of Spanish, Japanese and Korean to our existing programme of German, French, English and Hindi languages will bring the world closer for our students to explore.

This is a new offering this year. Spanish Language is offered to beginning level learners of the language. In achieving competence with language the students develop oral fluency and expressiveness, and, in the process, learns to initiate and sustain conversations and to take turns in a classroom environment that promotes tolerance for the views and opinions of others. The students learn to use language for the purpose of everyday social interaction, performing social functions such as greeting, expressing appreciation, expressing sympathy and concern, and speaking with confidence.

English as an Additional Language (EAL)

Is a paid programme and is mandatory to children requiring additional support for the school’s main language of instruction English. Please consult the Primary School Office if your child is required to attend the EAL subject.