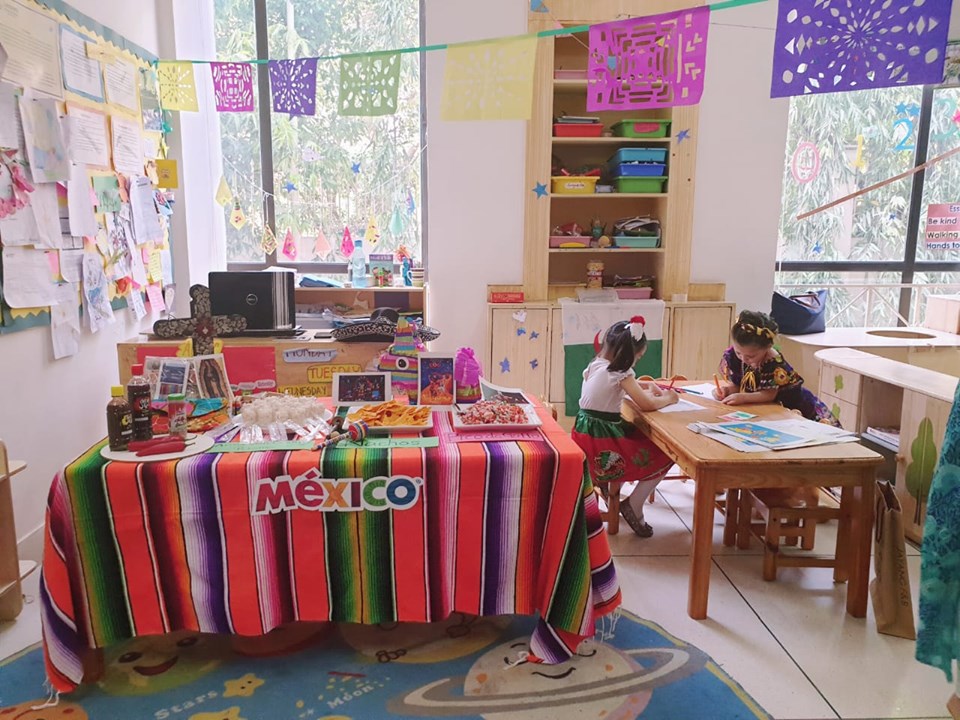 If our World Culture Day had a theme song, it would be John Lenon’s Imagine. The goal of celebrating World Culture Day at LIS each year is to expose our students to different cultures and traditions. It’s a way to come together and learn from one another.

Whether it’s art, sports, food, music, textiles or even subtle cultural nuances, the World Culture Day at LIS covers it all. It also gives our students an opportunity to be more accepting of other cultures by deeply learning about them.

But learning at LIS is also about having fun and involving them in celebrating this rather unique and fascinating day. This year’s theme represented many interesting countries including Thailand, Egypt, Canada, Australia, Spain, Russia, UAE, Germany, Philippines, Italy, China, France, Mexico and England. Each class represented a particular country, and stalls and games were set up accordingly.

Speaking of games, students got the opportunity to take part in many famous games of these specific countries and also got a chance to learn about their many well-known landmarks. For instance, one of the students re-created The Great Wall of China in the classroom using props, paint and cloth. Similarly, one parent from Canada taught students how to play ice-hockey in class. Another parent introduced students to Japanese Origami.

Among other interesting activities planned for the day, what stood out was that each student had a hand-made passport that he got stamped during his visit to every class representing a particular country. The teachers and principal acted as Immigration Police and helped students navigate moving from one class to the next and have a marvellous time in the process. The next day students dressed in their traditional clothing to school and that triggered another engaging dialogue within our diverse student community.