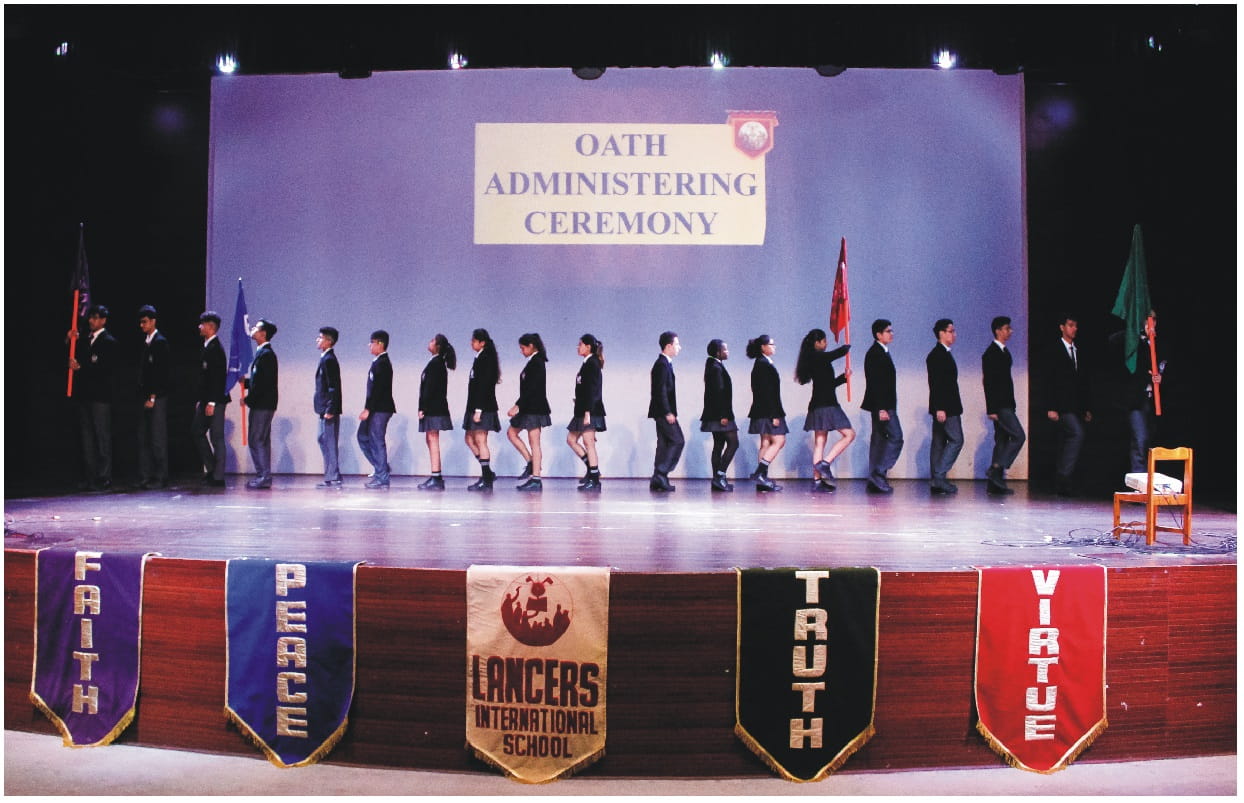 Lancers International School celebrated the Investiture ceremony for the academic session 2019-2020  on 26th August 2019. Parents were invited to witness the occasion as new student council members as they took the oath to shoulder their responsibilities firmly and efficiently. . Parents joined us on this auspicious day. Mrs. Prabhu, the School Advisor was the Chief Guest and awarded the council members with badges and graced the occasion by her inspirational address.

Mr YK Sindhwani, the Head of School, administered the oath and presented the Baton, a symbol of authority, to the Head Boy, Alexandros Skronias and the Head Girl, Ananya Mahi. This was followed by the House Masters handing over the House Flags to the newly elected House Captains and Deputy House Captains.

Students from MYP grade 8-9 came up with a choir performance which was followed by an Indian instrumental played by Gitansh and Sagnik as Jugalbandi on tabla and sitar respectively.

The event concluded with a vote of thanks by the DP Coordinator – Mr Arpit Sharma, who also shared some effective tools required to become a leader and to become better at self management as well as to remain highly motivated and focused.